Newfoundland and Labrador is adopting a plastic bag ban effective July 1, 2020! This will make us the second province in Canada to do so. But what does a bag ban mean for marine plastics here? Glad you asked!

CLEAR has spent the last two years compiling and analyzing all data on plastics in the province in anticipation of releasing a report on April 1 (funded by DFO). We’re digging into it early to think about this new, hard-won bag ban.

The study has shown that plastics account for 85% of all marine debris that washes up on shorelines across the entire province. That’s in line with global averages. 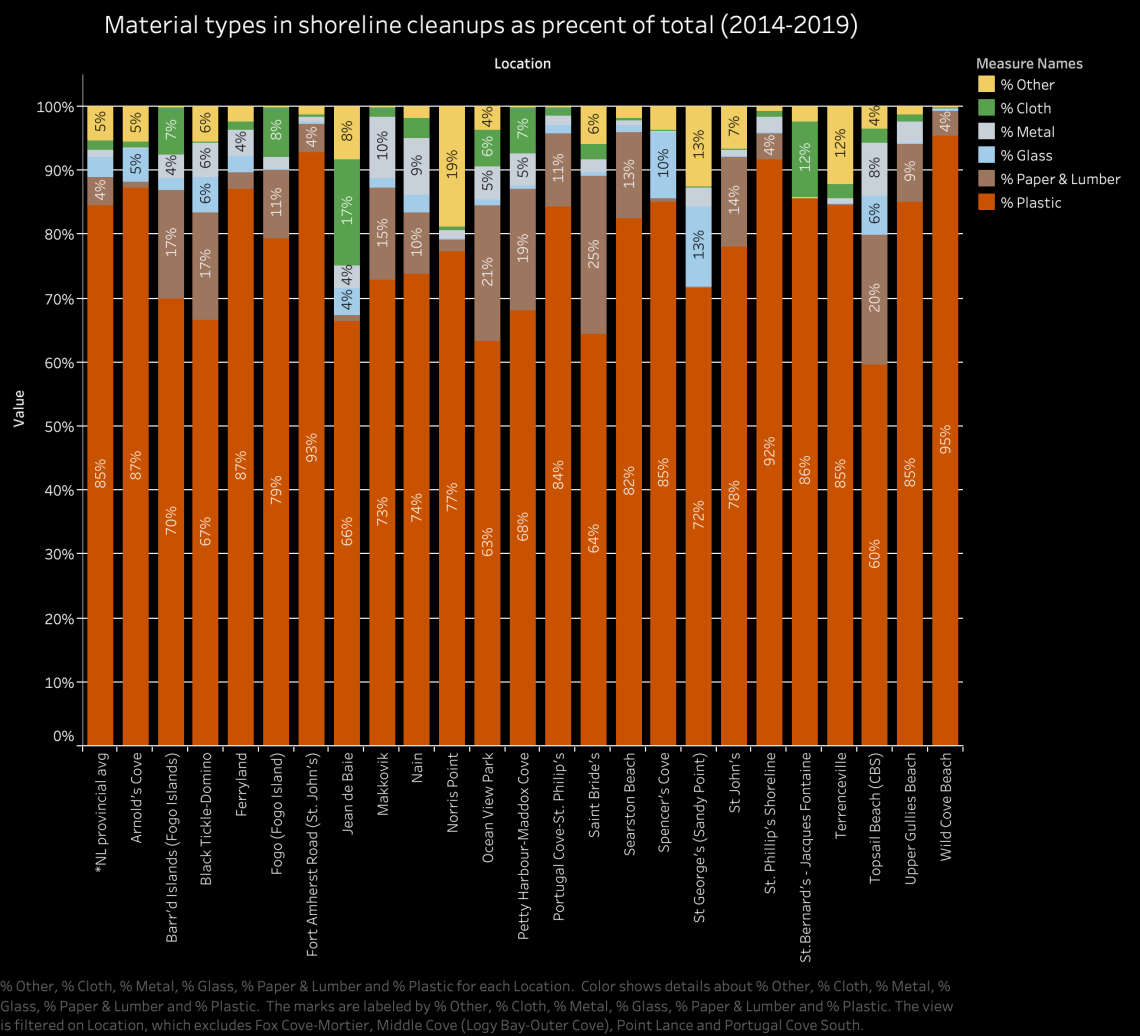 But how much of that plastic are plastic bags? Province-wide, only 2%. For contrast, fishing gear accounts for 37% by count (if it was by weight, plastics would be way less and fishing gear way more). Here’s how plastics as a % of total waste vary across regions in the province:

Something very interesting in this data: The highest % of plastic bags are in Labrador. Nain stands out here, since they banned bags in 2009. When I collected the data there, most of the bags were not grocery bags, but the types of bags that are exempt from NL’s new bag ban. 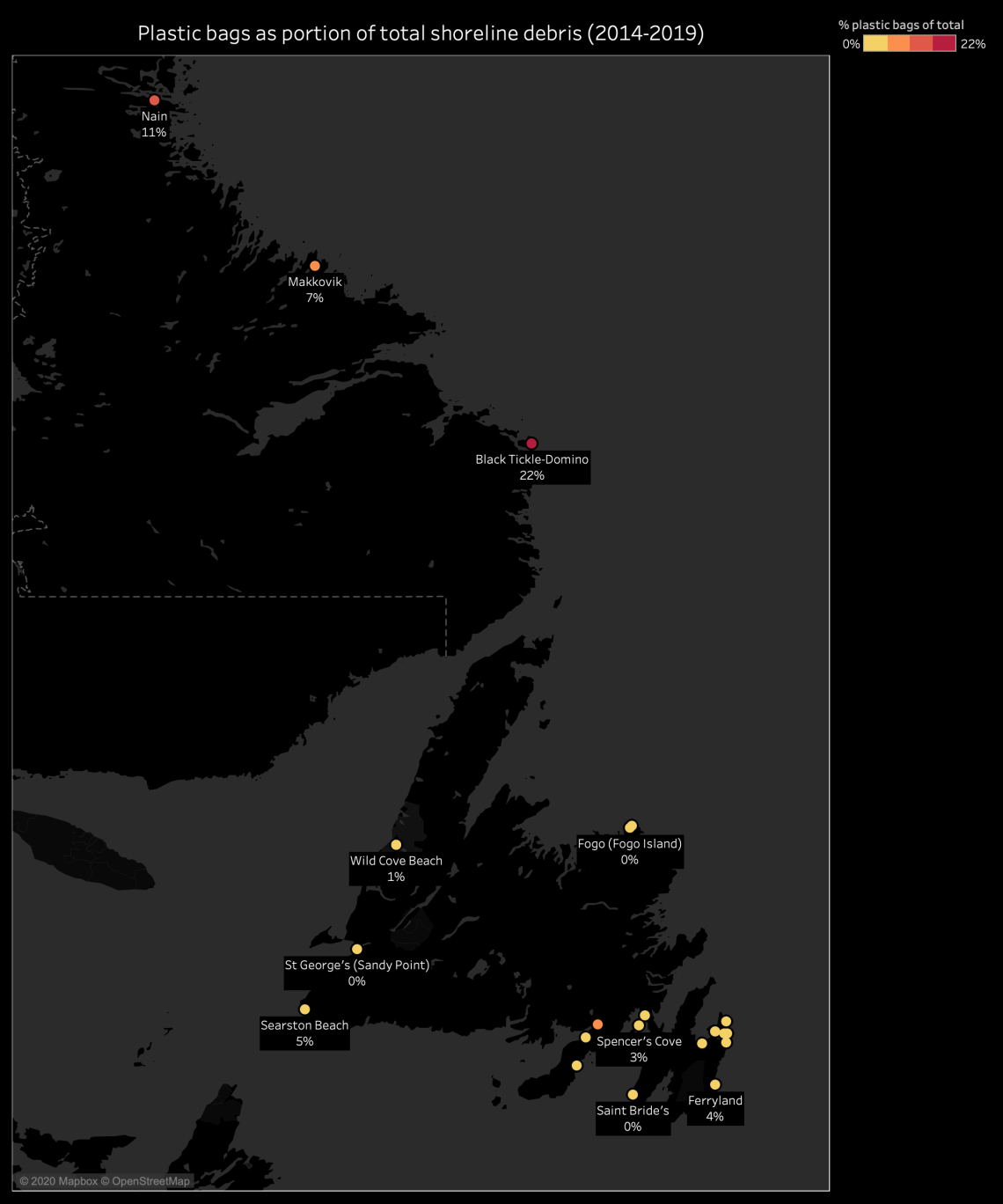 Exempt bags from the ban include:

– packaged meat, poultry, fish (whether or not pre-pkged)
– protecting prepared foods/bakery goods
– transporting live fish
– doesn’t limit/restrict sale of bags, including plastic bags, that are sold in pkgs (among others)

What does this mean?

There isn’t enough data yet, but I don’t think we can know whether the bag ban will decrease the province’s overall 2% plastic bag load or whether we’ll see a proliferation of other types of plastic bags instead. I hope for the former! But we’ll be monitoring shorelines to see!

There are other goods to come out of the ban, of course: basic environmental citizenship, the know-how to do this again for other plastics (like fishing gear or cigarette butts, two of NL’s big plastic polluters), aesthetics, and even 2% is more than nothing! Way to go, NL!

*Data for this comes from community groups & NGOs doing beach cleanups & using the Marine Debris Tracker App or working with The Great Canadian Shoreline Cleanup to log what they clean. Please use the app so we can see what happens with the policy!